This daylong event explored the significance of the Law & Order brand and its extraordinary success during its more than 20-year run. An eclectic mix of actors, media executives, journalists, and academics spoke to Law & Order’s influence on television as a business, impacts on society’s views of the police and justice systems, and international resonance as it has expanded beyond the U.S.

In the evening, Law & Order creator/producer Dick Wolf screened the series’ original pilot program and participated in a Q&A about the series and its spin-offs with television producer Marcy Carsey.

We are grateful to Cliff Gilbert-Lurie, Ziffren Brittenham LLP, Rick Rosen, and WME for their generous support of this event.

Law & Order is one of the most financially successful series in the history of television. Conceived originally as a modular hour-long drama that could be syndicated in half-hour blocs, it was from the outset a program designed to navigate the shifting sands of the TV business during cable and broadband eras. Panelists explored the distinctive features of Law & Order as a network franchise and off-network syndication property. Topics included: production strategies, cost containment, marketing, cross-platform synergies, brand management, target audiences, and intellectual property. Panelists also discussed Law & Order within the broader context of network and cable television.

This panel explored the social and cultural significance of Law & Order and the manner in which the series represents crime, punishment, the criminal justice system, and the law. Panelists focused upon such issues as how Law & Order has transformed television portrayals of the criminal justice system and how this has contributed to cultural understandings of criminality, New York City and the urban space, justice, morality, and/or the complexities of guilt and innocence in a flawed system.

This panel compared and contrasted the styles of representing policing and adjudicating in the U.S. Law & Order shows to those in the U.K., France, and Russia. What changes must be made to storylines and characters to adapt to cultural norms and notions of criminality in the different countries? Panelists also reflected on Dick Wolf’s wish to someday create a Law & Order show in a Muslim location, say Law & Order Cairo. What would that look like? 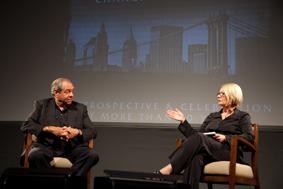 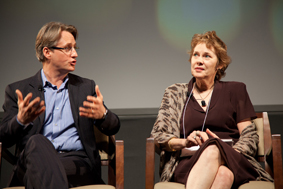 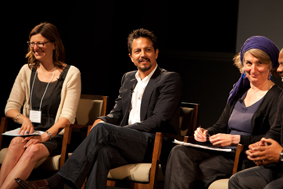 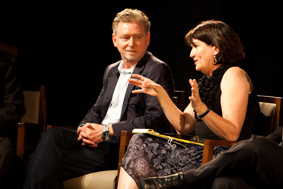